The kennel name is from a story The Silkenswift by the late writer, Theodore Sturgeon,
and is used with his permission.

Silkenswift has produced more lure coursing performance titled sighthounds than any other kennel in the world, and the ratio of performance dogs to litters bred is probably also unmatched if kennels that have bred 5 or more litters are considered.

Index to Silkenswift Borzoi and Relatives on the Web 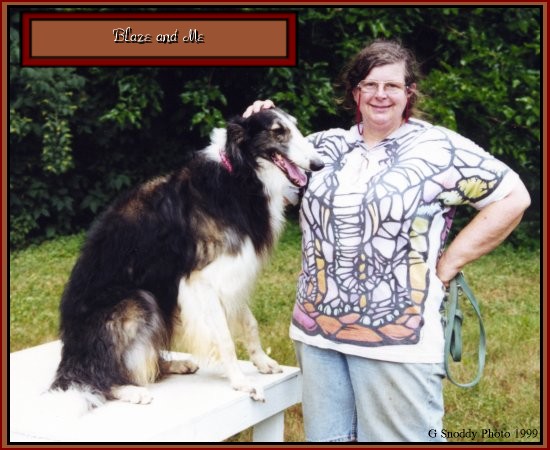 Silkenswift Borzoi is planning a litter for summer of 2015.

Feb 22, 2015 FC Silkenswift Bright Focus, (a daughter of Silkenswift Burning Bright) had a litter sired by Ch Teine Dark Crystal SC.
One of these young dogs already has two Majors towards his AKC Championship having taken winners dog in two specialties in May of 2015.

Aug 25, 2006 Silkenswift Burning Bright has a litter!.
This was a very successful litter of coursing and racing Borzoi.
I will post details later.

Flash
FC Silkenswift Flash of Chaos FCh SOR MC
One of the first Borzoi to earn a MC.
#1 AKC Lure Coursing Borzoi for 1996.

Pedigree of Blaze, Vlad and Flash 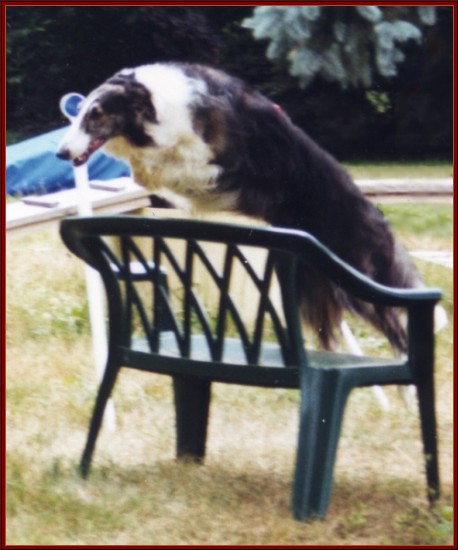 Midnite passed away in January of 2006. He was a wonderful dog and is greatly missed.
Memories of DC Mufasa Midnite O'Silkenswift LCM ORC
Midnite, a lovely dominant black Borzoi, sired of a number of top performance Borzoi.
Midnite's Pedigree

I have a number of essays on my Borzoi pages at Borzois.com on Borzois and breeding Borzoi.

Aurora the foundation bitch for Silkenswift and what she taught me about breeding Borzoi.

Travels with DARKNESS
Campaigning a Borzoi for the coursing Top Ten

Mr Moscow (Moscvich)
Picture and Bio-sketch of Moscow a male Borzoi from Russia who was sent to Dr James Sillers and then came to live at Silkenswift.

BUYAN
Picture and Bio-sketch of Buyan a male Borzoi from Russia who came to the United States in 1984.

Farewell to Mr Blaze who passed away in his sleep March, 2006